What should each bin contain?

Despite the fact that we have been recycling for many years and that our knowledge and awareness are expanding, a lot of things still end up in the incorrect bin and are thus considered to be "improper" waste.

Continue reading if you want to understand how to properly segregate and have any remaining questions regarding what goes where.

The number of plastic bottles, cartons, and cans recycled annually per resident rises.

A third of the population is still unsure of the precise locations of each category of waste, though, and the yellow bin is one of them that causes greater uncertainty. What you can dispose of in this bin to solve your doubts is described here.

What is disposed of in the yellow bin?

We must place bottles, plastic packaging, metal containers, and cartons inside the yelow bin, such as:

The blue bin has been in use in Spain for 20 years, much like the yellow bin.

Since it is just for paper and cardboard, this bin is typically simple to identify and use. However, this is what you ought to include.

What is disposed of in the blue bin?

Only paper and cardboard boxes, including those containing food packaging, footwear, frozen goods, wrapping paper, copy paper, etc., should be disposed of in the blue bin.

Folding and compressing the packaging rather than crumpling it can help the bin hold more and take up less room. It will be simpler to separate them as a result.

Ask AIRE where to dispose of it

The Intelligent Recycling Assistant (AIRE) from Ecoembes aids in proper waste separation. If you're unsure where to dispose of y

Avoid the most common recycling mistakes

Do I place this in the blue bin, the yellow bin, the other waste bin, or the organic bin? This is a common thought while disposing of waste.

It is typical for more waste to wind up in the incorrect bin as our recycling habit grows. The incorrect waste found in each type of bin is described below.

Mistakes in the yellow bin

It is a frequent misconception that everything made of plastic and no longer useful to us belongs in the yellow bin. This, however, is not always the case.

Keep in mind that only plastic bottles, cans, and cartons should be disposed of in the yellow bin. Therefore, never throw the following in it:

Mistakes in the blue bin 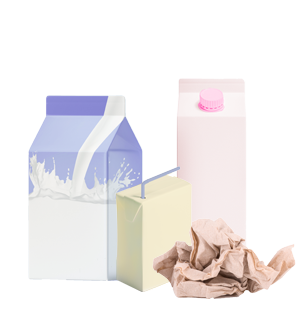 We place cardboard and paper packaging inside of it. However, occasionally we fail due to the material composition of certain waste:

Mistakes in the green bin 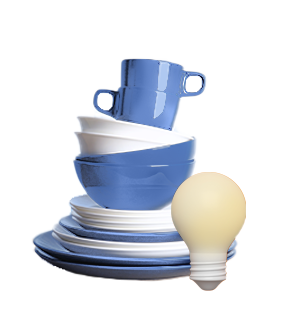 Making the distinction between glass and crystal is crucial. Crystal waste is frequently put in the green bin for disposal, albeit this is a mistake. The green bin should only contain glass!

The most common mistakes are:

To ensure accuracy every time, download the didactic materials on recycling

We want to make sure that everyone is clear on the importance of carefully separating waste and placing it in the appropriate bin. Everybody's work is on the line here! Thus, we have included a variety of instructional resources below that you may download and use with data and information to recycle more effectively.

Beyond the yellow and blue: What is placed in the additional bins?

Numerous additional materials, in addition to plastic and paper/cardboard, should be placed in their proper bins, including:

Remember that our website “Recycling Questions” is available if you ever struggle to discern if something is recyclable or not.

Not every material can be recycled. What are they, and what are they not?

Compared to the modest effort involved, it provides many benefits.